Over the past 20 years there have been dramatic changes to estate tax laws. Currently, anyone can give away up to $11.7 million without being subject to federal inheritance tax. Estate tax reform is a now a distinct possibility because Democrats now control Congress and the White House. Tax rates could be changed under a Biden administration, but not without significant changes to the tax code and the law itself.

In 2001, the amount that a person could donate or transfer and be subject to estate tax was $675,000. The top tax rate was 55 percent. In 2010, the estate tax allowance or exclusion amount was dramatically increased to $5 million per person and was tied to inflation. The estate tax rate was decreased to 45 percent. Since then, the rate has been at 40 percent.

The Tax Cut and Job Creation Act went into effect in 2010, bringing the tax-free allowance to $5 million per person, though the law was previously amended. Under the law, the tax exemption was doubled to 10 million in 2015, and by 2021, we will have a tax exemption of $11.7 million. The law is due to sunset in 2026, at which time the exemption amount will decrease back to 5 million, unless Congress changes the law before then. California has no state estate tax of its own.

Another important aspect of estate tax planning is basis adjustment. “Basis” can be thought of as the cost of the asset when purchased, with certain deductions. Capital gains tax is calculated on the difference between the tax basis of an asset when purchased and the sales price of an asset when sold.  When certain assets are added to the deceased’s estate, these assets are given a new tax base corresponding to the fair market value of the property on the decedent’s date of death. This “basis adjustment rule” prevents those inheriting property from having to pay a potentially law amount of capital gains tax. At present, pension accounts and retirement funds are exempt from this rule.

For example, suppose that Robert Jones paid $50 per share for 1,000 shares of Google stock, or $50,000. John died ten years later. At the time of his death, the stock was worth a total of $130,000, and beneficiaries of Robert’s estate sold the stock. If Robert had sold those shares the day before he died, he would have had to pay capital gains tax on the $80,000 in appreciation of the Google stock ($130,000 minus $50,000). However, because of the increase in basis on the date of his death, if his beneficiaries sell the shares the day after Robert died, they would pay no capital gains tax.

The Biden campaign proposed lowering the estate tax exemption to $3.5 million per person and raising the top tax rate to 45 percent. They have also proposed to abolish the basic adjustment for assets upon death. It is unclear whether Biden’s plan would result in capital gains tax being paid at the time of death.

One of the easiest ways to plan for estate tax is to make gifts. First, the annual gift-tax exemption allows anyone to give up to $15,000 a year to another person. Second, a person can create a 529 plan for a loved one using gifts.

Under these rules, a single person could fund a $75,000 college account for their children without using any of the estate tax exclusion amount, and a married couple could fund an account to $150,000.

Secondly, a person may also pay certain school or medical expenses directly to a third party. For example, parents can pay a child’s tuition directly to the college and give the child an annual gift of up to $15,000 in the same year.

These simple gift techniques can reduce the size of a person’s estate, thereby reducing the future burden of estate tax.

What you can do about estate taxes

Given that the tax exemption expires at $5 million in 2026, and that the Biden administration could seek to reduce it sooner and to a lesser extent, there are situations in which the exclusion amount should be used or could be lost.

Since the estate tax allowance doubles in 2017, estate planners have advised wealthy individuals against making large taxable gifts to take advantage of the tax-free allowance. The IRS has confirmed that if a person made a large gift and the allowance was reduced, the gift would be grandfathered in and no taxes would be due. This technique is a fantastic way to make a taxable gift in your child’s first years of life without the need for a gift tax exemption.

The Estate Tax Act seems unlikely to pass this year. Individuals still have time to make large gifts before the end of 2021, and they should review their current estate plans and consult with their advisers to take steps to reduce or eliminate inheritance and tax risks. Other options for inheritance and tax planning include a variety of tax-free options available to individuals, including a tax plan for the first three years of life, a gift of up to $5 million, or $100,000 for each child in the first year of life.

Getting a California Will 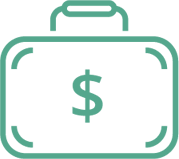 Help with Healthcare Documents in California 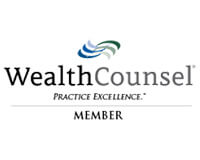